Infusion is a repertory company, drawing from a variety of works past and present. We often have special projects and guest artists. Check out our upcoming performances, or peruse our summary of regular projects below. 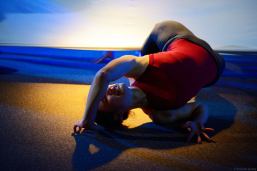 A bold fusion of contemporary dance and wordless storytelling, this mind-bending mimodrame walks the streets of modern poverty, desperation, lust and consumerism with a surprise culprit. Taking viewers beneath the everyday mask of normalcy, Somebody’s Daughter tracks the reverse puzzle of human trafficking for sexual exploitation. It’s a bone-jarring, high-energy physical journey through the highs and lows of life in the digital age, and the powers and players of one of the world’s fastest growing criminal trades: sex.

Shadow Suite: Peter and the Wolf, Nutcracker & Nutcracker Land of the Sweets, the Snow Queen

Beginning as a site-specific installation for the National Trust’s, Anglesey Abbey’s Winter Lights event, Infusion has also packaged its shadow extravaganza for the road. Set amid the magical night lights of the beautiful grounds and gardens of Anglesey Abbey and Mill, and going on its fifth year, Infusion has charmed all ages with its whimsical, life-sized shadow theatre. From Peter and the Wolf, to the Nutcracker, and the Snow Queen, Infusion combines classical music, stories, and a fantastical new way of physicalizing one of the most ancient forms of theatre.

Available for school bookings, KS1 & 2 Science of Light and Shadow, as well as behind the scenes workshops and activities for children.

Miserly Scrooge is warned of a miserable fate-after-death… But his spite and doubt promise him a full parade of spirits in circus, dance, aerial acrobatics, juggling and contortion, hoping that Scrooge will amend his ways. Local Cambridge circus artists collaborate with Infusion Physical Theatre in a unique showcase of skill and prowess, weaving the Dickensian narrative onto a soundscape of silence, carols and rock ‘n roll. It’s the timeless search for good-will, in a wordless holiday spectacle to remember. 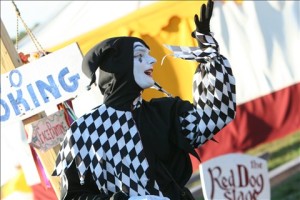 Infusion Physical Theatre performs a roaming showcase of mime, clown and characters–silent antics, living statues, poems, stories, and Christmas legends. Playful and mysterious these odd characters have more than one invisible trick up their sleeves, and story in their pockets, including…

A collection of vignettes, this show takes a look at the prayer and power, the comedy and calamity, of walking the walk. Remember the stories of ancient truth, and feel the breeze of daily faith.  This show seeks to encourage and inspire, digging past the ideas of “religious organization” and into the wild blue yonder of relationship with the one true God.

Best known of the disciples of Jesus, this show takes a front row seat into the life of the man who perhaps knew Jesus’s best… or least. Bombastic and daring, this toughened fisherman stood eyewitness to the turning point of history, and the man who claimed to be God in the flesh. So hop in the boat, and take a ride with Peter—but you might have to hop back out to walk on the waves…

Infusion and E33 Dance Company present a combination of ballet, contemporary, and Brazilian capoeira. Three artists tell the story of brokenness, manipulation, love, and redemption. A girl faces the shatters of the choices she’s made in her search for identity, longing for a true love that can set her free.

Choreographed by Rachel Riveros, in collaboration with Daniel Cossette and Ponciano Almeidas, for the Resolution Dance Festival in London, 2014. It’s a prodigal daughter story like you’ve never seen it before.

This show tours in conjunction with Infusion Physical Theatre in theatres, community halls, churches, and other events. Set and lighting specifications available; arrange for live musicians.