Melanie Cossette, Co-founder Infusion Theatre, is also a graduate of Mimeistry International, mentored by Todd Farley and touring with Mimeistry from 2002-2005, where she performed and designed sets for the Roar Tour in 2003. She joined Ambassador Arts and toured as a mime from 2003-2006. She co-directed Weltenwechsel, Berlin, Germany, incorporating mime, dance, music and acting. In Cambridge, England she has worked as an independent artist. Her choreography has been showcased at Queen’s College Cambridge and the Cambridge University Science Festival. She has also appeared as a guest artist for Project Dance London, the Creative Cabaret Cambridge, and led the mime tour M Imagination. She has had the privilege of working with choreographer Randall Flinn, Ad Deum Dance Company, on the Sound of Silence, for various festivals and events. Collaborating with Innovo Physical Theatre, she has taught mime and dance workshops in Paris for 10 years; she continues to teach mime for schools in and around Cambridge and serves as faculty for the Switzerland Summer Dance and Physical Theatre Intensive with Ad Deum Dance Company/JMEM Wiler.

Rachel Riveros, Dancer, Director of E33Dance Company CIC, Rachel graduated from Northern Ballet School having danced with Manchester City Ballet Company. Coming to London she joined Re:birth Dance Company where she toured extensively – including to the USA. She played a lead in West End’s “Once Upon a Thames” at Leicester Square Theatre and danced with numerous Contemporary Companies, at various Resoutions at The Place, and other festivals. She’s worked in film- both music videos and dance films. As director of E33 Dance Company, she leads both a professional performing company and youth programs and community dance projects .

Paul Hunt—Lighting Designer, is a free-lance lighting and sound engineer, and owner of Solitech Light and Sound Solutions. He has designed shows and toured around the UK for many years, including his work for Note for a Child, and also works as a resident technician and set designer for the Mumford Theatre, Anglia Ruskin University when his schedule allows. 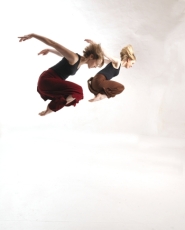 Springs Dance Company tours the UK, internationally performing and teaching work that is dynamic, entertaining and challenging. They like to make high quality dance enjoyable by everyone, including those new to dance. 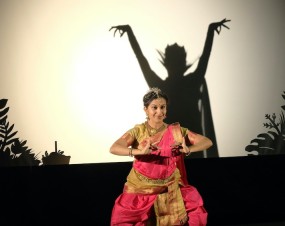 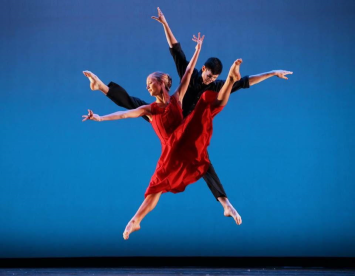 Ad Deum is a professional modern/contemporary dance company based in Houston, Texas, directed by founder Randall Flinn, established January 2000. Ad Deum creates and performs excellent and vital works of dance that serve to wash over the heart and soul of humanity with relevant meaning and redemptive hope.