We’re pleased that our partner Springs Dance Company is coming to Cambridge, UK as part of their Christmas tour of Journey of the Magi, with an all-star cast including our very own Dan Cossette… Don’t miss out! Also check out Springs full tour schedule under our upcoming events tab…

…or not to rehearse, that is the question!

Like everyone, 2020 brought massive disruption to our plans and schedules. But look at what we achieved!

We’ve invented a whole new way of dancing online (Yay, to our amazing dance family across four continents who join our ongoing community classes and choreography projects!) We’ve been working out, rehearsing new choreography, and exploring dance technique and mime/physical theatre… all from our own homes. We’ve also premiered our dance combo video series on our YouTube channel, and appeared in the online platform Dance Onstage (live dance with a digital premier that is…!)

It took some campaigning by arts industry and our unions (thanks Equity!), but the government has realized they have to allow the arts to resume work just like everyone else… and their policies include professional activities to occur, much like elite athletes are allowed to go to work (training, playing matches, and huffing and puffing in public places like you’d expect!). Thanks government–we do bring you billions of pounds of revenue every year…!

But they forgot to tell small rehearsal halls, community halls, gyms and other such venues that we are allowed to work! So bear with us as we try to wrangle the next professional hurdle, and get ourselves into physical places to keep producing the shows ad activities you love.

We have three massive projects coming up between us and our partners. We will be dancing with E33 Dance Company in the Wandsworth Arts Fringe in June. And we’re developing and premiering an all new show with Springs Dance Company aimed at children and schools (which have had an equally challenging year, and are desperate for some creative release!). Finally our own anti-trafficking show is gaining momentum again, and we have won some awards to make a film version for digital release..! Coming this summer, so watch this space!

There’s really great timetable lined up, including a dedicated professional stream for dance artists looking for a good challenge and inspiration whether or not you may be stuck at home. Take a look and see what classes may be for you!

Infusion is pleased to be teaching in Nourish, Springs Dance Company’s online dance event! We will be offering Mime for Dancers, as well as a Modern Dance Mixer for open levels, and intermediate levels. Look for Springs company members as well as master class teachers from around the world contributing fantastic classes to fuel and inspire you. Registration also allows access to daily inspirational thoughts, and panel discussions with artistic directors from around the UK. Don’t miss it!

There’s something for everyone, no matter what level mover or dancer you may be, from beginner adult to professional. Come get nourished!

Join the event here, and choose from a large menu of master classes, panels, devotionals, and more…

Infusion is taking a short Michaelmas siesta, but look for our own Dan Cossette in Springs Dance Company’s fabulous Christmas show Journey of the Magi. It will be profound, serene, funny, heart-warming… and remarkably sparkly!

For booking dates and locations, visit our Upcoming Events tab. 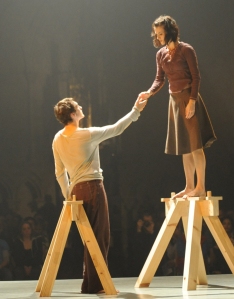 We were pleased for Infusion’s Dan Cossette to be teaching for Springs Dance Company at their annual London Summer School. This brought aspiring dancers, and first time movers, from across England and Scotland, to receive technique instruction and creative/choreographic activities. The students developed their own dance which they presented before the main company’s evening performance at the end of the week. Springs performed Bread of Life, a beautiful depiction of Christ and the community and relationship he seeks with his disciples through the entryway of the bread and the wine. Following a similar theme the students brought vibrant images of unity-through-beautiful diversity as they explored their theme, One Body, One Church. Individuals’ movement blended into ensemble designs, before a network of connected dancers became so entwined that even a slight movement from a single member of the structure sent echoes through the entire formation. Great job dancers! 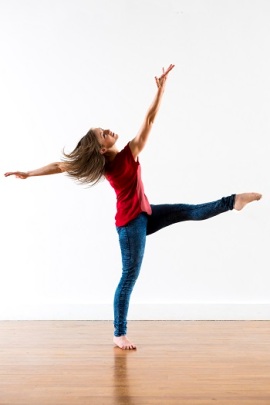 Springs Dance Company’s annual Summer school is a place for people to stretch their wings and dance, with instruction in contemporary technique and movement creation that result in a performance work at the end! 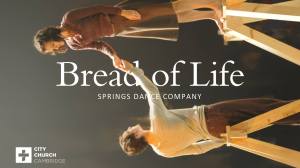 Infusion is part of Springs Dance Company’s Bread of Life tour! We’re going quite a few places, so be sure to check out our upcoming events tab for the whole tour schedule. Meanwhile, we’re pleased to be hosted by City Church, Cambridge who kindly wrote this:

“After delighting us last year with their performance of “Inside Out”, Springs Dance Company are coming back to City Church Cambridge with another of their shows. This time they will be bringing us “Bread of Life” – an uplifting and thoughtful response to the invitation ‘Come and eat’. This is a powerful dance performance that explores a message at the heart of the Christian tradition of the Communion/Eucharist in a thought-provoking and innovative way. It is a visual and timeless expression of Jesus’ continual presence and his desire to be with us; a mesmerising reminder that the invitation came from Him, and offers an expression of a community with Him and with each other.

Come, bring your friends, and watch Dan Cossette and colleagues as they provide food for thought through the medium of contempory dance just in time for Easter.”

Saturday 8th April
7pm-9pm with performance starting at 7.30pm and lasting about an hour.
Tickets £5 (Under 16s free) available on the door.
Refreshments provided

Naomi (Assistant Director, Springs,9 years) and Dan (formerly of Ad Deum Dance Company, now directing Infusion Physical Theatre, Cambridge) will lead a contemporary dance workshop exploring issues of climate change, based on Springs’ Green Project, in cooperation with Tear Fund. Come experience the breadth and depth of the issue, and explore the hope and impact we can have as individuals through the vitalizing medium of dance.

Arrival/registration 10am. Start 10.30am, finish 4pm. Please bring lunch with you.